New York, Los Angeles, Nashville, Austin, (and they’ll all say) Minneapolis…. All big music towns. One thing that all these towns agree on though is that, New Orleans is the Mecca. It has not only the players and all the venues a city can handle but it also has this “vibe”. A steaze that combines; black culture, the birth of Jazz, Voodoo, ancient musical tradition, sophistication of European musicality, back bayou soul, add spices, crawfish, oysters and mix it with warm hot and humid weather.

I have two friends that moved down there about 10 months ago, so I normally take a little vacay about this time of year. The bars are slower and rather than go to Mexico I decided to look at NOLA. It’s been calling me for a couple years now. Like seriously calling.

I loved the streetcars!! So chill, so uniquely old, recalling a time of day long past. I imagined how many people over the past who had ridden them. They run up to the Quarter and north to the city park.

I kept thinking of all the sweet songs I’d heard as a kid which just added to the mysticism. “Way down yonder in New Orleans” by Freddy Cannon was probably the first I actually remember. 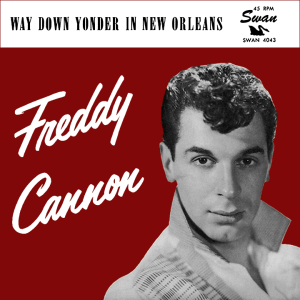 “House of the Rising Sun”

And all the musicians I admired so much were also from NOLA and Louisiana. Fats Dominoe, Louis Armstrong, Dr. John, Huey Piano Smith, Beau Jacques, Nathan & the Zydeco Cha Chas, Jerry Lee Louis and probably my favorite all time Louis Prima!!

Look at all theses artists, they all have a “thing”, a show, a mystique, a style, a schtik, and a presence in playing that is so NOLA.

Here’s my theory…. Because there is so many venues in NOLA, so many musicians, so much competition, YOU BETTER STAND OUT (in one way or another)!! If it’s between me and the next guy getting the gig, out play them, out sing them, out flash them, out something them man?!

“Are you going to bring a guitar down here?” my friends asked. “No I don’t think so.” And honestly I was scared and intimidated. That and only being there a week I wanted to just see it first.  Get a feel.

I walked up and down Burbon and found my way to Frenchman. It was all pretty sweet. I walked everywhere!! Took the city bikes and the streetcars. I wish I brought my Brompton (a foldy bike). I’ll just say this, the music was amazing and I definitely could hang with all the cats there. My mind was put at rest. Maybe not the Cajun music we saw but all the horn bands and funky and jazz swing I heard… Yeah I can get down. And I don’t mean this as a toot toot moment but more like a happy realization that I’ve put a lot of time into my craft.

The food in NOLA was amazing! From the char grilled oyster to the street corner hot dog. The Poboy to the Bigneits. It was all comfort food. Like super super good. I think I gained 10 lbs. Red beans and rice I could eat everyday. Just like Refried beans and rice. But I’ll have to say that the ability to have oysters every single day that weren’t $3-$5 a piece was a real treat. I went to a place that had .50¢ oysters for happy hour and we basically just said… “Keep ’em coming” I actually saw a place in the quarter that had .25¢ oyster happy hour but I never made it back there. I LOVE oysters, the brine the taste the different combos of sauces all of it, and up here they’re so expensive. But not there… Walking down the street you’d see oyster shell on sidewalk the same way you’d see cigarette butts. Bags of powdered sugar, from people who finished the Bigneits but left the sugar for like a homeless person or a gutter punk. I think they’re different.

Gutter Punks and the Scene

It Was hard watching all the gutter punk drink the dregs of all the Hand Grenades. I’m not judging but shit… it just gave me a sick feeling of my old ways. It wasn’t tough. I could walk and Bike for days. We rented the city bikes and it was awesome.

Here the other thing… I know everyone loves Cafe Dumonde but the real Beignets are in City Park at Morning Call. Just sayin’ .